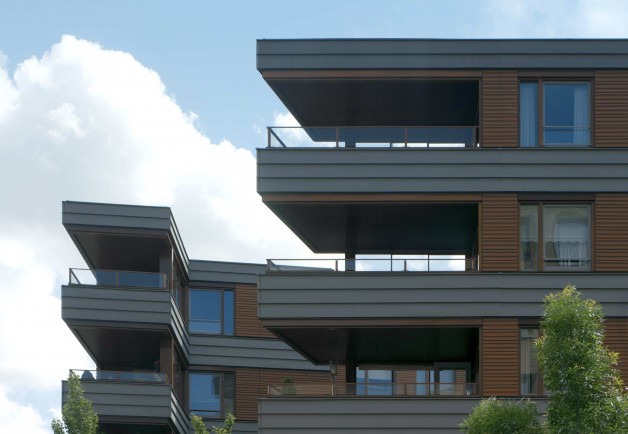 The differences between exterior and interior, that is, exterior flat façades that strictly adapt to the street alignments and creased inner walls that define the organic geometry of the courtyard. The interior meets the evenness of the street by means of three accesses where randomly set poplars serve as thresholds which hold up the exposure of the central void. The uniform and open garden which fills the block’s courtyard –traditionally a private domain- is incorporated in this way to the urban sequence of public spaces providing alternative pedestrian paths midway between the city fabric and the tree-lined promenades which run along the course of the Maas River

Click on the countries they turn green to see the guides on their cities and buildings TvArquitectura.

Want to be alerted when something new TvArquitectura?.

Sorry, this entry is only available in Español.